I grew up surrounded by New Haven pizza and afraid of wooden spoons. My first job was in one of the best Italian delis in the country (visit them here.).  In the few years I worked there Mama Maria, Sal, and Lino inadvertently ruined just about every restaurant produced, tomato covered, carb dish I’d eat for the rest of my existence. Ignorance really is bliss.

Luckily there have been some interesting places popping up in the central coast. Tin Canteen, Etto…and yes, Flour House makes the cut.

Flour House has been open since 2016, we’re just late to the party. This family owned business is run by husband and wife team Gessica and Alberto. With deep Italian roots, the only Napoletana pizza oven in-between LA and San Francisco, imported Italian Pizzaiolo’s (specially trained legit pizza makers) and an old world Italian wine list that pairs perfectly with just about everything on the menu we’ll definitely be revisiting Flour House with our friends.

For drinks I went with a Super Tuscan from Monte Antico. I was looking for something balanced that would do well with the massive feast that was about to come our way and I couldn’t have chosen better. At just $8 a glass this wine was complex with cranberry, blueberry, maraschino cherries, extra silky tannin’s that lingered just long enough to make me smile. Light and very drinkable.

Michelle asked for a suggestion from Whitney (our awesome, friendly, bubbly server) and was suggested a Terredora di Paolo Aglianico from Campania. Campania happens to be the region that Naples is in, so let’s get it! The exact opposite of my selection her wine had intense honey, dried cherries, plum and raspberry notes. It was tart with nice acids and lower tannin’s than I was expecting.

Our meal started with the Pane Al Forno which is, essentially, their pizza dough without toppings. It’s a wonderfully soft and pillowy bread that works perfectly with just a touch of olive oil. Secretly, there’s an immense amount of joy in ripping a piece of doughy soft bread into tiny bite size pieces.

Next we had the Aranchini. If you aren’t up on the Italian yumyums, just get this. It’s a Sicilian style appetizer made by creating balls of rice stuffed with salumi, cheese and spices. As the first “food” dish that was brought to our table it set quite a high standard. That delicious red nectar of the gods, also known as sauce or gravy depending on where you grew up, is one essential part of Italian cuisine that can’t be messed with. I won’t rant here, but I’m open to hour long discussions on proper salsa di pomodoro preparation at any time. Alberto has this down. Right fruit, right preparation, delicious.

Next we had the Cavolfiore Alla Milanese, think fried cauliflower. Mom always says you need more veggies so why not deep fry them with a light fluffy batter and cover them in a refreshing herb aioli.

The pasta dish we went with was the Paccheri. This is one of those dishes that goes against what people (me, included) think of pasta. Large tube shaped pasta is stuffed with a blend of stracciatella which is made with water buffalo milk, and taleggio which is a classic semi-soft washed-rind cheese. It’s topped with pan fried, crispy mortadella – which can best be described as crispy Italian bacon. A sprinkle of pistachios add just a bit of earthiness to the dish that really help balance out the creaminess.

Next was the mother of meatballs…the Polpettone Al Forno. This giant meaball is stuffed with cheese and served with a creamy mushroom crema. It was large and could easily be a main or split between two people.

No, we’re not done yet. We opted for the chef’s choice on the pizza Napoletana. It’s what they do best so we let them handle it. Surprisingly, out came the Autunno. Something I would never have ordered, but am beyond glad it ended up on our table. This pizza uses the same soft dough used in the first dish and is covered in a butternut squash sauce (what!?) with pancetta, provola, fior di latte (close to mozzarella), and splashed of pesto. There is only one way to eat this masterpiece, using the fold method. Put your utensils down. Pizza was designed as a food to be eaten on the go. If you are using a fork, you’re doing it wrong.

“Do you have room for dessert?” Is this a challenge? Accepted. The deconstructed tiramisu is as excellent as the rest of the meal. My major complaint with most tiramisu is that the lady fingers can get soggy if it is made in advance and left to sit, it’s much better when it is fresh. This was absolutely fresh. Just look at the plating! One serving is perfect for 2 people.

Alright Gessica and Alberto. You’ve made me eat my words. We do have real Italian food on the central coast that would make my family feel at home. But we’re missing one thing….a cannoli… 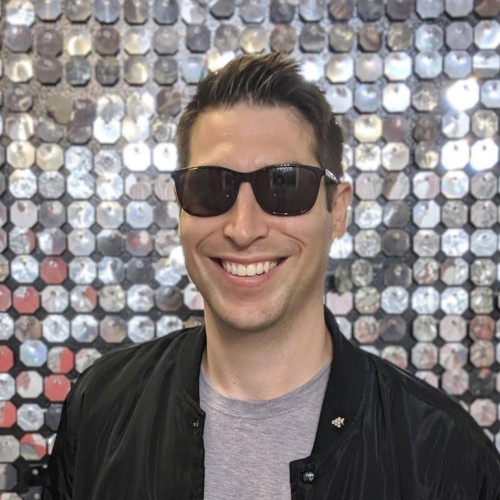